Too nebulous perhaps even to be a set of coincidences, but nonetheless, here are some circumstances with which to play connect-the-dots.

Late summer 2001, David Bowie recorded his 25th studio album, Heathen, at Allaire Studios, not far from Woodstock, NY. So taken was he by the experience that in 2003 he bought 64 acres adjacent to the Studio. Here he describes Allaire in a 2002 interview for Livewire:

We couldn’t believe what a find it was. The place had been originally built in the twenties as a summer home for an industrialist and his family. …Well, this whole complex was situated on the top of a mountain giving fifty mile views through one hundred and eighty degrees over the Ashokan reservoir. North through the West ending at the South. Unbelievable. I just knew exactly what lyrics I was to write as I stepped into the room although I didn’t yet know what the words themselves were. …Half of the pieces seemed redundant just walking through the door. One reads about encountering epiphany, a Damascene experience. Giddy at the tranquility and the pure gravitas of the place, everything that I had written became galvanized somehow, into an unwavering focus. 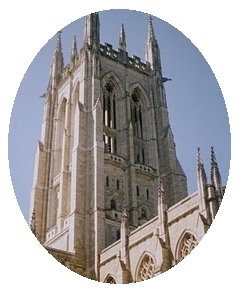 The industrialist who built the estate in 1928, then called Glen Tonche, was Raymond Pictairn, son of John Pitcairn, a Scottish immigrant best known as the founder of the Pittsburgh Plate Glass Company. But his other legacy is the financing in Bryn Athyn, PA of a college and cathedral for the General Church of New Jerusalem. Son Raymond oversaw the design and construction of the cathedral, a stunning achievement in which there are said to be no right angles, that was designed using models rather than blueprints, where the stone and metal work were all done on site, and that used medieval techniques for making the stained glass. As well as Glen Tonche, Raymond Pictairn als0 built Glencairn in Bryn Athyn, a home during his lifetime, and now a museum of his extensive art collections.

Now then, the General Church of New Jerusalem or the New Church is a Christian church that “bases its doctrine on the Bible as illuminated by the writings of Emanuel Swedenborg, an eighteenth century theologian and scientist.”

And among Swedenborg’s teachings is that there is life on other planets. He wrote:

“Who can ever think that so vast a means [as the universe] exists for so small and limited an end as there would be if only one earth were inhabited, and from it alone existed heaven! What would this be for the Divine, which is infinite, and to which a thousand, nay, myriads of earths, and all of them full of inhabitants, would be little, and scarcely anything!” (Arcana Coelestia 6698)

Swedenborg attested to firsthand knowledge of life in other worlds:

Since therefore I was desirous of knowing whether there were other inhabited worlds, and what they and their inhabitants were like, I was allowed by the Lord to talk and mix with spirits and angels from other worlds.

And so, at last, an answer: Life on Mars? Yes. But then Bowie has known that all along. As he says in the last seconds of  part 5 of the interview David Bowie An Earthling @50 : “I’m absolutely certain there is extraterrestrial life. I always have been.”

[Update: January 2016.  Several British tabloids reported that Bowie’s ashes were to be scattered at this estate.] 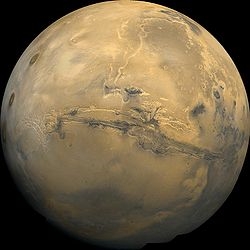 One thought on “Connect-the-dots: From Heathen to Life on Mars?”