“He looks like a comet, his flame-like hair slicked back on entry into earth’s atmosphere.”

Philip Hoare, on the fall to earth of alien Thomas Jerome Newton, aka David Bowie. RisingTideFallingStar (130)

After a brief meditation on the fall of Icarus (this book is about risings and fallings and risings of tides and stars, and Icarus, Lazarus, Billy Budd, Ishmael, to name a few), Hoare turns to The Man Who Fell to Earth. Throughout he refers to Bowie as the starman, and Bowie becomes a comet, a piece of a star not yet fallen to earth “forever roaming” (118), often seen as prophesying a sea-change in human affairs, apocalyptic or progressive. Hoare sees Bowie as both “outcast & sensor” (329), a resonant comparison. 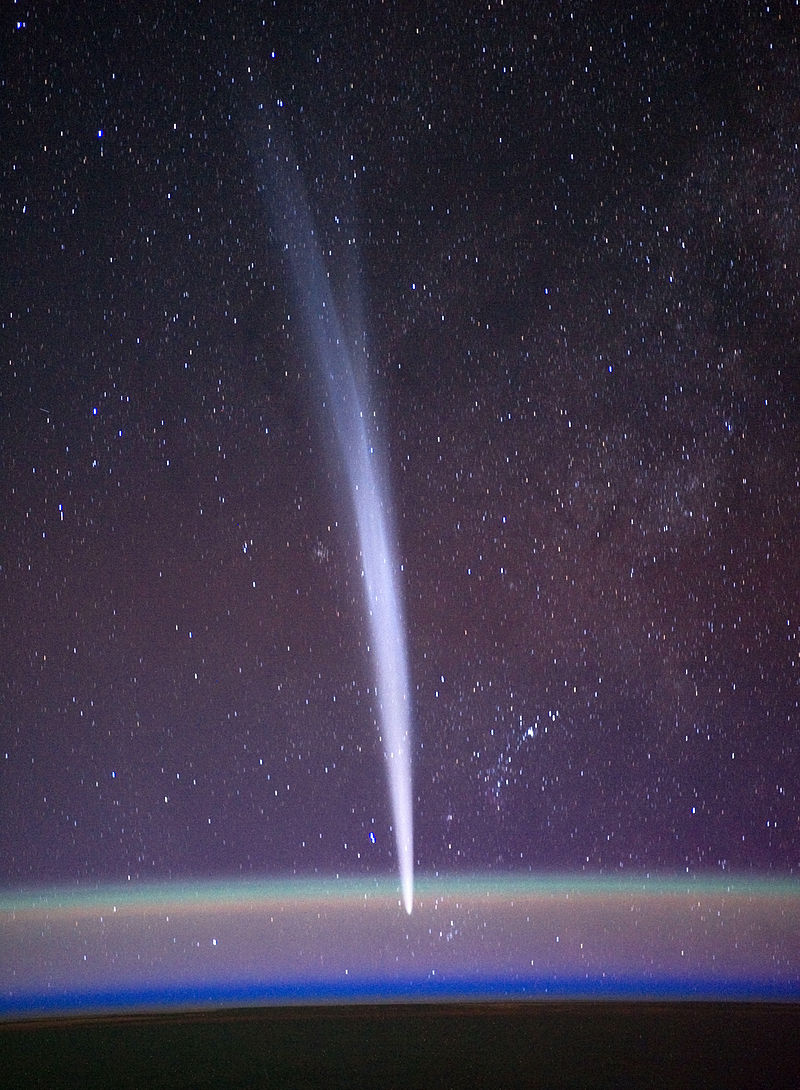 The 1618  blue-green comet was taken by the Pilgrims as a sign that it was time to cross the sea to a New World (118). Their appearance is dual: comets with their ball and tails move very quickly, but since they can cover such distances, appear to be slow moving ; their cooling blueish tails may be our source of water (118). Water has disappeared from Newton’s planet and it is this for which he searches.         Comet Lovejoy, as seen from International Space Station (NASA).

Hoare’s description of Newton’s hair being like a comet makes so much sense to me. It is — and isn’t  — human colored. In the novel by Walter Tevis, Newton is finally busted because his $20 bills aren’t quite right. His planet’s reception of Earth’s transmissions was very, very good — but not quite good enough to see exactly the whorls on the US currency. Similarly, Nicolas Roeg’s/Bowie’s Newton almost passes as human, but in the first minutes of the film, as soon as his hood falls down, it is clear something is different about this guy.

“A sun grazing comet as witnessed by the ESA/NASA Solar and Heliospheric Observatory, or SOHO, as it dived toward the sun on July 5 and July 6, 2011. SOHO is the overwhelming leader in spotting sungrazers, with almost 3000 spotted to date. SOHO can see the faint light of a comet, because the much brighter light of the sun is blocked by what’s known as a coronograph.” Credits: ESA&NASA/SOHO

Bowie is also extra terrestrial in an uncommon sense; terrestrial to the extreme as a shape-shifter within his own species’ anatomy, which is not enough to accommodate his imagination. Hoare reminds us of the changes preceding Man Who Fell: Bowie as “half-canine, half-human, a dog  star…with a feral yelp” — a Diamond Dog (132).

Hoare notes too that on the stack of televisions Newton watches, trying to make sense of Earth and its life forms, is a snippet from John Huston’s film of Melville’s Billy Budd of the beautiful sailor “golden Adonis or dark star” (338) who is hoisted up to be hanged, and then his dead body is buried at sea, falling to the depths.

Hoare then brilliantly links Man Who Fell’s use of whale songs when Newton and his wife are together in a “fluid cybersexual space” (132) continuing on to illustrate the similarities in covers for Songs of the Humpback Whale and the album 2001: A Space Odyssey, the story of astronaut David Bowman (134). 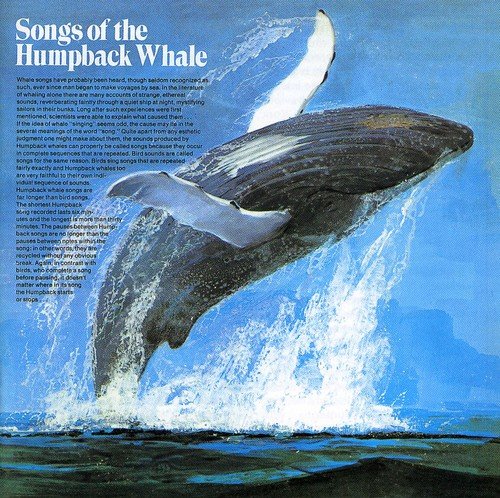 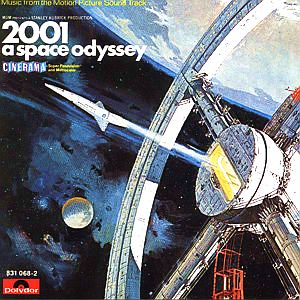 And whale songs, Hoare reminds us, are among the sounds sent on the golden discs in Voyager Explorer, launched in 1977 to tell another world’s people who Earthlings are, as are “Blakean images [of] a naked man and woman and transect lines indicating Homo sapiens’ place in the solar system [that] appear on the Black Star [sic] album” (note for page 134).